A Jewelled Feather and lessons learned.

Posted on Friday 21 June 2013 by Handmade By Deborah

A local bead shop had the great idea of running a competition where entries were based around the beads in a little organza bag bought from them. The item of jewellery had to contain some of the ‘competition beads’, but any other beads could be included in the finished entry. The picture below shows one of each type of bead in the bag. 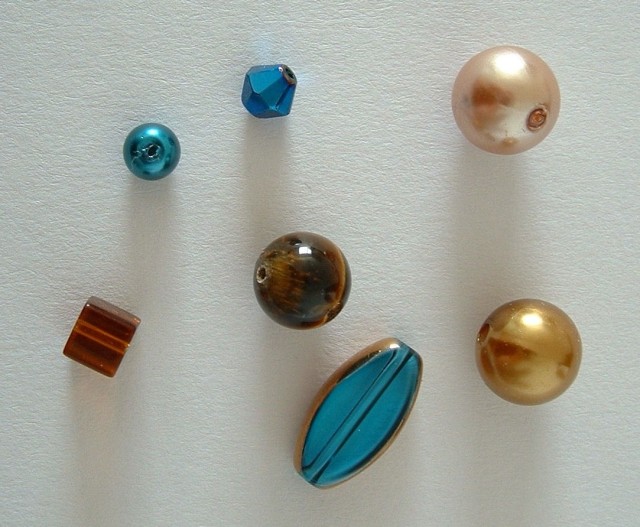 Although I had not made a piece of jewellery before, I decided to have a go!

The colours of the beads in the competition bag suggested two different things to me almost immediately – the type of Egyptian jewellery seen in the huge Hollywood Technicolor blockbusters and a Peacock Feather. 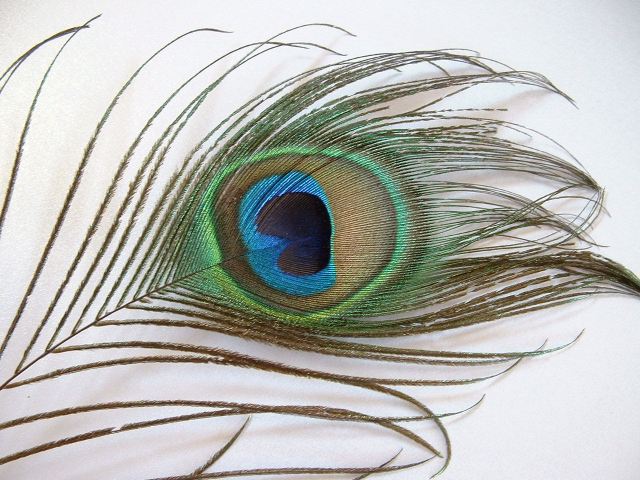 Some believe the Peacock feather brings bad luck related to the evil eye, others believe it brings good luck by warding off evil spirits – all I know is, it is beautiful. 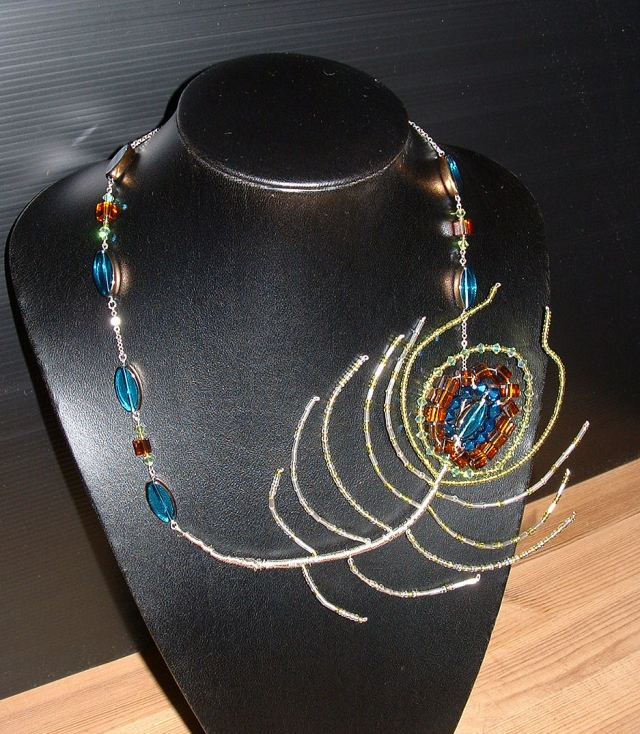 The silver plated copper wire was threaded through the pressed glass oval bead with electroplated gold edges, then 10 of the metallic blue 6mm bicone crystals to form the ‘eye’ centre; the next layer comprised 15 of the dark amber cube glass beads and the outer rim was made up of 23 Swarovski Xilion (bicone) 4mm Peridot AB 2X crystals interspersed with pairs of peridot (green) seed beads.

The shaft of the feather was then started by winding the same silver plated copper wire around a core of wire strands also securing the wire tails from the ‘eye’.

The barbs of the feather were made by threading various combinations of peridot and silver seed beads and silver bugle beads onto the lengths of the wire, then bending the wire at a right angle to create a tail which was then anchored by the wire being used to wrap the shaft. 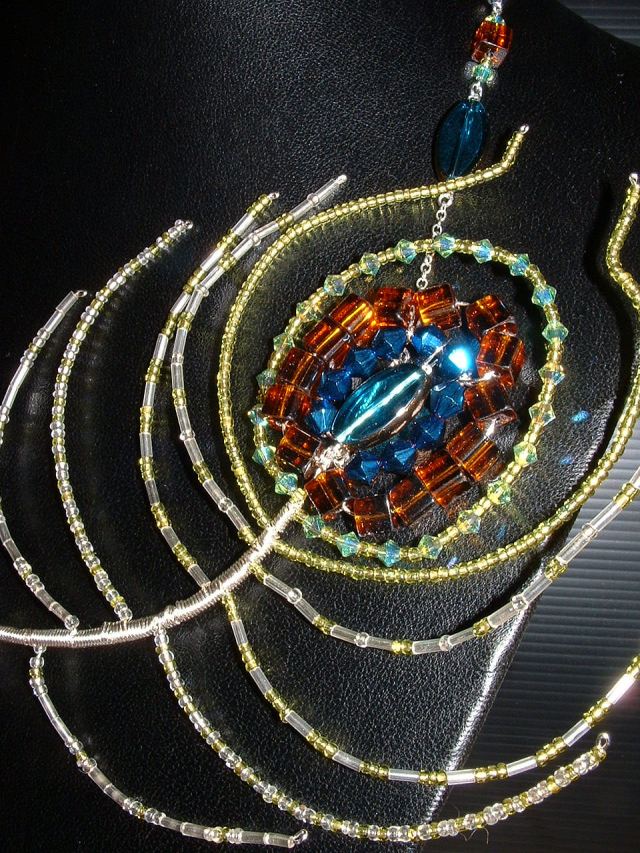 Units constructed of head pins, jump rings and selections of the beads used in the feather in conjunction with pieces of silver plated chain were used to complete the necklace and the lobster clasp provided a safe fixing for the necklace at the back of the neck. The necklace was made so that the feather would hang asymmetrically.

I was quite pleased with my first attempt (especially when I was placed second), however if I were making the same piece again, there are a couple of things I would do differently.

Firstly, I would have the eye of the feather hanging downwards so that the barbs also faced downwards and secondly, I would fix the feather to a correctly-sized piece of memory wire, instead of using the less structured chain base.

The whole creative process is one of experimentation and learning as one goes along – I think Scott Adams (creator of the Dilbert comic strip) sums it up perfectly:

“Creativity is allowing yourself to make mistakes.  Art is knowing which ones to keep.”

With a little practice, and a lot of fun, we crafters can all create Art.

This entry was posted in Miscellany. Bookmark the permalink.

2 Responses to A Jewelled Feather and lessons learned.